First #workbenchWednesday of the year, didn't see the point last week of doing a post seeing as I was doing my #hobbyresolutions2020 post.

So, what's been happening? 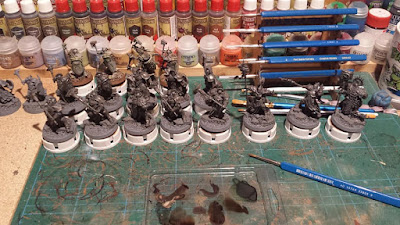 I've built, distressed, based and primed the first couple of units and characters for my #talesofinstahammer army for the year.  The 4 Liberators at the back have been finished for a few days now, but just need the foliage added to turn my tester model into a playable unit. 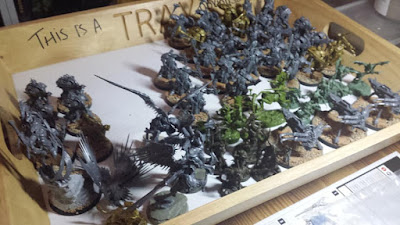 I've also been putting in some time after shifts and had the majority of the rest of the army assembled, distressed and based, just waiting on some texturing and priming.  The only model I was missing was Astreia, but she turned up today along with the Army Book, so, I managed to get her built too.  I've also assembled the 3 Beastgrave Warbands, as I might need one for the TOIH Secret Challenge for January. 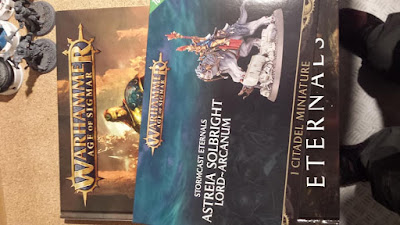 In other news, the majority of stuff I'd ordered last year to beat not buying as much in 2020 turned up today, with only one outstanding order, but that's for a February pre-release.  First up, the final Footsore Vikings that complete the range, and a selection of 6mm Vikings (and a pack of Normans) from Baccus 6mm to put together a "small" force for Dux Bellorum. 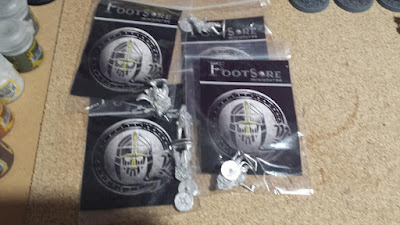 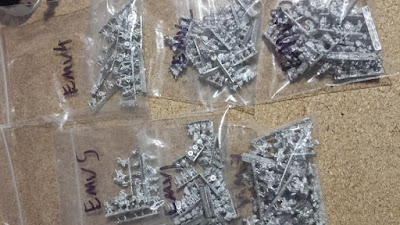 And finally I've picked up some toy cars to get my Gaslands crew sorted.  Being a child of the 80's it just had to be

Turns out there are actually 5 in the series, the last being a party bus, so I'll have to keep an eye out for that.  Have to figure out now whether I want to repaint/distress them, and if I'm going to put them on bases.


That's all for now, hopefully I'll have a unit or two to show off next time.

Visit my full hobby site at